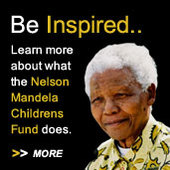 "Lov Madiba," which features vocalist Katie Melua and the Noisettes' Shingai Shonowai, follows a tribute that King Charles, a.k.a. Charles Costa, posted to YouTube six months ago. All proceeds from the song's sale will go to benefit the Nelson Mandela's Children Fund UK.

"This song is a loving tribute to King Charles' father and to Nelson Mandela, a modern father of freedom to all," says Jolene Cherry, owner of the Cherry Party, a venture of Sony Music and subsidiary of RED Associated Labels (RAL) that released "Lov Madiba" on Dec. 12. "It's very personal to me because Mandela is a hero of mine and that's why I'm so honored to have this be the first release."

"Nelson Mandela has always been very close to my heart because my father was born and bred in the South African farmland," says Costa, who was born and raised in West London but always felt connected to his parents' homeland. "He was at school during Mandela's trial, and became very active at University of the Witwatersrand as president of the student union in staunch opposition to the ruling apartheid regime."

"I think it is one of the great privileges of our lifetime to have shared a lifetime with Mandela and I would like to do all I can to keep his legacy very active," he adds. "I think there is power in singing and shouting the name of freedom, and it is a role I think I can play in a very relevant struggle."

"Lov Madiba" is currently available on Amazon and the iTunes Store.